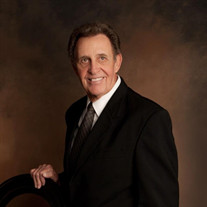 Dee Clyde Wilcox was born on March 29, 1934, in Heber City, Utah to William C. and Mary Sophrona Giles Wilcox, the youngest of three children. He died on June 16, 2022, in St. George, Utah surrounded by his four children and family members who loved and adored him. He grew up in Idaho Falls, Idaho, Winnemucca, Nevada and Provo, Utah. He was educated in those three cities, and graduated Brigham Young University with a bachelor's degree and from The University of Utah with a master's degree in social work. He began his professional career as a child welfare worker with the Arizona Department of social services. After three years of service, he joined the Bureau of Indian Affairs where he worked for 30 years on several different Indian Reservations and for several different Indian Agencies. He began working with the Western Washington Agency, which served twenty-seven different Indian Tribes; then on to the Papago Indian Agency in Southern Arizona, and later to Northern Ute Agency in Fort Duchesne, Utah. He finished his career as Superintendent of the Southern Paiute Field Station in St. George, Utah. Dee Married Sharyn Shumway, whom he met while working on his first job in Arizona. They were married in the Mesa, Arizona Temple of the Church of Jesus Christ of Latter-day Saints on July 7, 1961. Four children were born to that union, and later, 14 grandchildren and 8 great grandchildren (and two on the way). Dee and Sharyn lived in Cedar City, Utah from 1981 to 1990. They then moved to St. George, Utah where they lived the remainder of their lives. Dee was a faithful member of the Church of Jesus Christ of Latter-day Saints and after serving a mission to South Africa for two years, he served in many positions of responsibility. He served as scoutmaster, and youth advisor for many years. He served in three different Stake Sunday School Presidencies, including several years as President of that organization. He was Elder's Quorum President in two different locations and was a counselor in the High Priest Group leadership. He served in a Single's ward bishopric, and as a Sunday School Teacher several times and in several locations. Dee was an avid sports fan and especially loved all things BYU. He was an excellent writer and speaker. He had a quick wit and sense of humor that was enjoyed by all those who knew him. Dee was preceded in death by his siblings, Marilyn Wilcox Angus and Joel Wilcox, his parents William C. and Sophrona Wilcox and his eternal companion Sharyn Shumway Wilcox. He is survived by his children, Brenda Lee Hansen, Dianne (Todd) Plumb, David Dee Wilcox, and Jeanine (Ken) Nielson, 14 grandchildren and 8 great grandchildren. Funeral Services will be held at 1095 E. St. James Lane, St. George, Utah on Friday, June 24, 2022, noon. A viewing will be held at that same location at 11:00 am. Family and friend who are unable to attend are invited to view the funeral service online by entering the zoom link below in the URL of your internet browser. https://zoom.us/j/94533863424 Interment will be at Tonaquint Cemetery. Ya'll come! Arrangements are made under the direction of Spilsbury Mortuary, 110 S Bluff Street, St. George, Utah. 435-673-2454. Family and friends are invited to sign Dee’s online guest book at www.spilsburymortuary.com

The family of Dee Clyde Wilcox created this Life Tributes page to make it easy to share your memories.

A comforting word from you means a lot.

Send flowers to the Wilcox family.